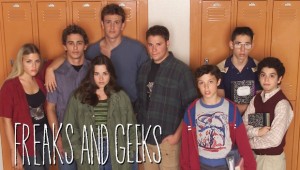 This Judd Apatow creation is a cult classic comedy from 1999. The show only lasted one season (18 episodes) and then it was tragically cancelled! The show was the start to many stellar careers. The cast was made up of some of your favorite actors including James Franco, Seth Rogen, Jason Segel, and Martin Starr. Set in a high school in Michigan in the 1980’s, the show mixed comedy with high school drama seamlessly and was a truly incredible, however short-lived, series. Linda Cardellini, John Francis Daley, Joe Flaherty, Becky Ann Baker, Busy Phillips, and Samm Levine round out the cast. (Available on Netflix) 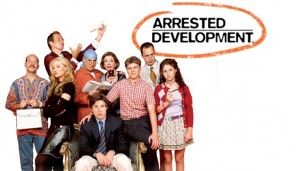 Arrested Development actually lasted 3 seasons in its original run before returning for a 4th and final season exclusively on Netflix on May 26, 2013, 7 years after the ending of its 3rd season. This comedy starred Jason Bateman, Portia de Rossi, Wil Arnett, Michael Cera, Jessica Walter, David Cross, Tony Hale, Alia Shawkat, and Jeffrey Tambor. The cast makes up the dysfunctional, formerly wealthy Bluth family whose patriarch (played by Tambor) is in prison for fraud. His son, Michael (Jason Bateman) takes over the family business and, as a result, the family. The hilarious sitcom falls under the category known as “cinema verité” which is a documentary-similar style—think Modern Family, The Office, Parks and Recreation, etc. (Available on Netflix)