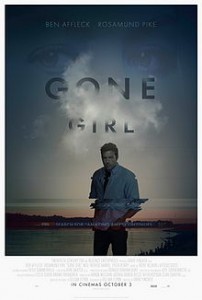 Gone Girl is based on the novel of the same name by Gillian Flynn who also wrote the adapted screenplay. The psychological thriller follows the life of Nick Dunne (Ben Affleck) and his missing wife, Amy (Rosamund Pike). Why did Amy Dunne go missing? Did Nick kill her? You’ll have to see the movie (or read the book) to find out! The film, directed by David Fincher, also stars Neil Patrick Harris, Tyler Perry, Carrie Coon, and Sela Ward. 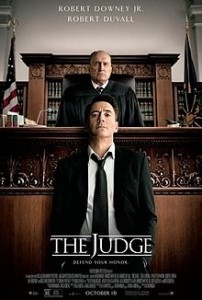 Directed by David Dobkin, The Judge has been described as a comedy-drama. The film tells the story of a lawyer (Robert Downey Jr.) returning home for his mother’s funeral after years of living away from his family. He comes to find out that his estranged father (Robert Duvall), who is a judge in his hometown, is a suspected murderer. Downey Jr.’s character must then represent his father in court when he is put on trial. The film also stars Vera Farmiga, Vincent D’Onofrio, Jeremy Strong, Dax Shepard, and Billy Bob Thornton. 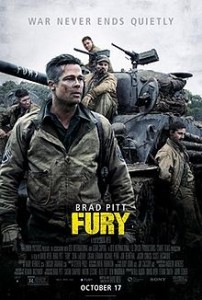 Fury is a war drama set in Nazi Germany during the last month of World War II. The film chronicles Wardaddy, a U.S. Army sergeant, and his five-man crew as they go on a dangerous mission behind enemy lines in a M4A3E8 Sherman tank named Fury. The film stars Brad Pitt as Wardaddy, as well as Shia LaBeouf, Logan Lerman, Michael Peña, Jon Bernthal, Jason Issacs, and Scott Eastwood. 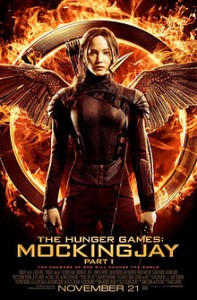 One of the most anticipated films of the year, The Hunger Games: Mockingjay Part 1 is based on the first half of Suzanne Collins’ novel Mockingjay from the smash hit series The Hunger Games. Francis Lawrence returns as director after a successful directing job on The Hunger Games: Catching Fire. Jennifer Lawrence, Josh Hutcherson, Liam Hemsworth, Woody Harrelson, Elizabeth Banks, Stanley Tucci, Donald Sutherland, Willow Shields, and Jeffrey Wright all return to reprise their roles. The film also stars Julianne Moore and the late Philip Seymour Hoffman. 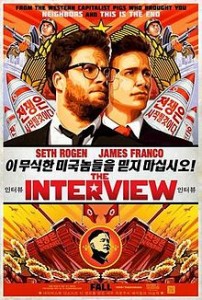 This comedy centers on TV tabloid host Dave Skylark (James Franco) and his producer Aaron Rapoport (Seth Rogen). After scoring an interview with North Korean dictator Kim Jong-un, who is a fan of Skylark’s show, they are recruited by the CIA to assassinate Kim Jong-un. Rogen and longtime collaborator Evan Goldberg direct the film, so it is sure to be hilarious! The duo also co-wrote the screenplay with Dan Sterling. The film also stars Lizzy Caplan, Randall Park as Kim Jung-un, Timothy Simons, Charles Rahi Chun, and Rob Lowe (as himself).