One question that I’m regularly asked by high school seniors seeking my guidance in the college search is about campus safety. Just how safe is campus? Are the security guards armed? Wasn’t someone stabbed on campus last week? All valid questions as the state of campus security seems to be the 10 ton elephant sitting on the brain of many students deciding where to spend their next four years. The safety concerns don’t end with the undergrad set however. My grad school best friend not only got accepted into a PhD program, but gained admittance to her top school. To sweeten the pot, said school was offering her full financial assistance; a pretty sweet deal until you hear the story about the student that was recently hit in the face with a brick and robbed while in the quad. Despite the amazing opportunity, my friend chose her safety first and declined the offer. 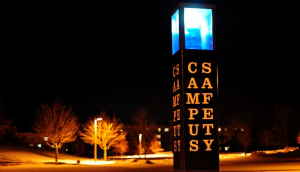 While I recall the typical car break-ins in my younger days, it seems as if the crimes of today are of a much more violent variety. This year, my campus has seen at least one strong armed robbery, the aforementioned stabbing, a hand full of armed robberies with various arsenal and at least robbing at gunpoint which resulted in the robber being shot as his would be victim drew his own weapon and shot first. Perhaps this is all a part of attending a school deep in a metropolitan area. Still, with finals, pledge semester and a dwindling meal plan, students already have enough on their plates without having to worry about being accosted on the way to the library. 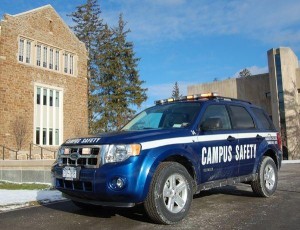 Staying safe on campus isn’t necessarily a difficult task. As a matter of fact, our parents have been preparing us with little annoying tidbits to prevent our abduction while on the way to the Student U since we were knee high to a grasshopper. Does the phrase “Stranger Danger” sound familiar? Just as we were warned to be on the lookout for middle aged men dressed as clowns in sliding door vans, offering candy as kids, keeping an eye out for strange characters on your way to your car after your late class is equally helpful. Remember back when you were told that “police officers are your friends and they want to help you?” Well they still do, except now they’re called “campus security” and the type of help they are offering comes in the form of an around the clock, free escort service. Lastly, who could forget the all of those grade school field trips spent with your accountabiibuddy? In 3rd grade you kept each other from getting lost in the museum, but in junior year they could very well make a would be aggressor on the way back from a party think twice. 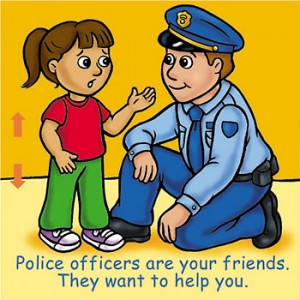 Joey Wilkerson is a grad school student at the University of Louisville pursuing his Ph.D in College Student Personnel. He received his bachelor’s degree in English from UofL in 2006 and his master’s degree in communications from Bellarmine University in 2013. He also serves as a program coordinator in the school’s Cultural Center and the chapter advisor for the Alpha Chi chapter of Tau Kappa Epsilon. When he isn’t on campus, he can be found annoying his wife by dominating the TV to play video games, getting in bidding wars on eBay for rare vinyl and getting his infant daughter Blair prepared for her eventual sorority recruitment week.