Attention all 20-30 year olds: the card game you grew up loving is now available on your smartphone. Pokemon has gotten a make-over and people are going crazy over it.

Released on July 6 Pokemon Go has adults reliving their childhood, but at what cost. Since the games’ release, there have been a number of attacks and peculiar incidents. On July 14, two North San Diego County men fell off a bluff while playing the game. One of the men fell nearly 50 feet and was knocked unconscious while the other fell 75-100 feet, said Battalion Chief Robbie Ford of the Encinitas Fire Department. Both men suffered moderate injuries and were taken to area trauma centers. 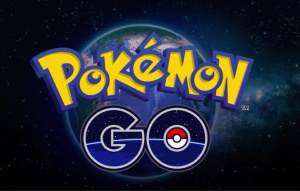 Further north, in Anaheim, a player was stabbed by a group of men in a park. The victim who is in his 20s, was playing the game around 12:30 am when he encountered a group of men. Anaheim police sergeant Luis Correa said five to six men, ranging in age from teens to 20s, attacked the man and stabbed him several times. The motive for the attack is still unclear, however the group did not lure the victim into the park. The man had non-life threatening injuries.

The bizarre incidences don’t stop there. Pokemon Go users have also been robbed and carjacked while out playing the game.

People need to realize their lives are not worth catching a fictional character. To those who wish to relive a game that they once held dear to their heart I say catch em’ all, but please be careful! The game leaves people unknowingly vulnerable and in harms way. Just today I was driving through my town and saw a man barely miss being hit by a car all because he was trying to catch a Pokemon. I understand it’s an exciting blast from the past, but be sure to always be aware of your surroundings when playing.

The app has taken a couple of steps to help prevent the above scenarios with their latest updates, which include safety warnings.

I am currently a senior at Miami University in Oxford, Ohio studying journalism and sports leadership and management. After graduation I hope to return to the east coast to work full time as a sports reporter.

Sorry. No data so far.