Coffee is just one of those things that naturally holds its place in college and in the workplace. In fact, about 50% of Americans drink coffee. That 50% consume about 400 million cups every day! Sorry water, don’t think your recommended 8-cups a day is happening anytime soon. Maybe if you had cute little shops and that sweet aroma and warmth and creamy goodness… 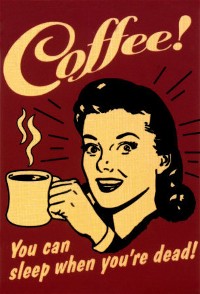 My love for coffee is kind of crazy to me, because growing up, I was rarely allowed to drink soda that had caffeine. So, little did I know that in my college years, I would be bleeding blue, and bleeding caffeine. Yes, I do bleed blue cappuccinos.

So how did this addiction develop? I’d like to think it’s because Starbucks is brilliant, and its shops are conveniently placed so that you pass a Starbucks every day; it’s in the student center where I grab lunch, on the way to half the places I drive to, even in the ladies’ bathroom… OK well that last one is just a fantasy, but I really looked it up, and there are 15 Starbucks locations in Lexington. 15!

It sounds awful, but until the end of freshman year I would grab something that didn’t even have caffeine, like the strawberry and crème, just for the taste (which is one of the more expensive drinks on the menu, in fact). The end of the second semester came along, and I felt like I needed to treat myself every day—for going to classes instead of sleeping in, working hard to stay on track, not spilling my meatball marinara sandwich on myself… I mean, it was at least a once-a-day ritual. I never resorted to food for comfort, but I did resort to my green double-finned lady for comfort.

This year, I just about buy a coffee or chai latte after lunch every day. They’re cheaper than the non-caffeinated choices, but some people in my life have warned against developing a full-on dependency on coffee. Their reasoning?
• It’s not good psychologically to be addicted to a substance
• Some claim to have headaches when they do not have coffee
• One can supposedly develop a tolerance for caffeine
• An excess can cause anxiety, increased heartbeat and loss of sleep
• And, of course, it’s expensive.

If you’re one of the 50%, and you think you might have a problem, there’s hope and good news! You don’t have to necessarily give coffee nor caffeine up. You can consider:

• Finding out the right amount of caffeine for your body and readjusting.
• If you brew your coffee, you can mix it with grain coffee, which is a mixture of grain and nuts and doesn’t naturally contain caffeine.
• Switching to tea.
• Placing sleep higher on your priority list. 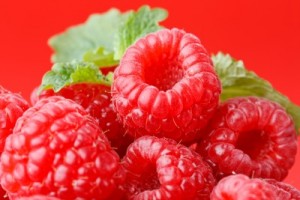 Although recent research has been done to sever the myth that coffee leads to a greater risk of heart disease and cancer, it can lead to caffeinism, more commonly known as a caffeine addiction.  Side-effects of a caffeine addiction include nervous irritability, tremulousness, occasional muscle twitching, sensory disturbances, tachypnea, palpitation, flushing, arrhythmias, diuresis, and gastrointestinal disturbances, according to Holly Pohler’s study Caffeine Intoxication and Addiction found in The Journal for Nurse Practitioners.

There are some health benefits such as a decreased rate of type 2 diabetes, increased liver protection, better mental and physical performance, and protection against colon cancer prevention according to Sharon Palmer’s article Coffee Offers Potential Health Perks in Environmental Nutrition.  It has overall been ruled that there is nothing wrong with having a cup of coffee every so often, although the risk a caffeine addiction is something to stay aware of.

If you are looking to cut back on coffee, try these other energy boosters in the morning:

Stephanie Clarke, R.D., and Willow Jarosh, R.D. worked on behalf of Self.com to create Top 5 Energy-Boosting Foods.  Berries made the top of the list as “one cup of raspberries or blackberries has 8 grams of fiber.  High-fiber foods release sugar into your bloodstream more slowly, so you won’t have peaks and crashes.”

Topping OrganicJar.com’s list is oats as they “contain the energizing and stress-lowering B vitamin family, which helps transform carbs into usable energy,” so experiment filling your morning mug with a high-fiber oatmeal instead of coffee.

Oranges are known to be full of sugar, but are good sources of Potassium, Dietary Fiber and Vitamin C all of which will wake you up before your morning routine.  Other citrus fruits to consider in the morning for a refreshing burst are grapefruit, mandarin, lemon and lime.  Although a great big bite into a lemon would certainly wake you up in the morning, cutting up lemon/lime slices to through in your water could do just the trick.

Other foods that made the cut according to Self.com and OrganicJar.com are nonfat plain Greek yogurt for protein that is a great energizer, bananas for their potassium to help “maintain normal nerve and muscle fuction” (OrganicJar.com), and almonds for their monounsaturated fats which provide fatty acids that keep you focused.

Also, don’t forget to drink water since dehydration will lead to fatigue. Shoot for eight large glasses a day.